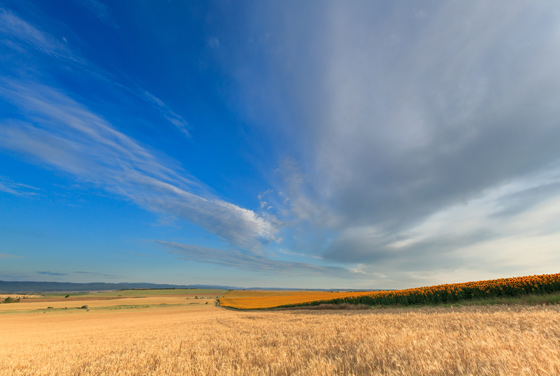 Primarily mobile buffalo hunters, Indigenous people produced and sold food, medicine, construction material, and ceremonial supplies gathered from nearly 180 plant species.  The 1700’s on the Canadian prairies was vibrant with diverse populations of Indigenous people whose profound knowledge and connection to the land resulted in nutritional opportunism and nomadic communities.

When the Europeans arrived, they came in search of land and resources.  At one time, nearly 50 million buffalo roaming the Canadian prairies.  Realizing that the buffalo were a means of survival for Indigenous people, the governments at that time slaughtered the millions of buffalo.  The life of Indigenous people had been changed forever, their food sovereignty completely demolished by colonization.

“When it comes to our history, we all have to address the ignorance and uncomfortable conversations that come up,” says Cadmus Delorme. Delorme is the 39-year-old Chief of Cowessess First Nations, a Saulteaux, Cree, and Metis First Nation in Southern Saskatchewan.

As someone who has bloodline to the first peoples and now a dad of four young children, Delorme feels the pain of this history every day. “It feels like I constantly need to prove my worth, being caramel coloured. I feel the pressure to always do extra, something the vanilla colour doesn’t have to do.”

A sense of responsibility is what first prompted Delorme to run for Chief in 2016 at age 34 in search of creating a better tomorrow for his children and his people. “History is our greatest teacher.  A better tomorrow for Indigenous farmers requires a look at the past.”

“Two generations ago, just after Treaty signing Indigenous farmers were thriving.  But due to federal government denial and lack of investments, crop insurance policies, and the unacknowledged jurisdictional responsibility between the federal and provincial government, the help was not there as it was for non-Indigenous farmers,” notes Delorme.

Homesteading was not allowed for Indigenous people.  Indigenous farmers were also not allowed to sell any of their grain or produce without a permit, and in 1885 a system was developed by the Europeans to control and confine the movement of commodities on and off reserves.  Indigenous farmers could not take out loans and acquiring credit from local merchants was nearly impossible for them.

“There are policy implications as to why Indigenous peoples don’t farm their own land and an explanation for why the agriculture industry currently has minimal Indigenous involvement.”  This is a history that none of us today created, yet Indigenous people and non-Indigenous people share the aftermath that is still happening today in many forms.

Currently most federal government reserve land is rented to non-Indigenous farmers. Delorme states that it was not always this way and that government agriculture policy has been designed for intentional exclusion of Indigenous people from the beginning.  “Everything from supply chain management, the pool to sell grains, and infrastructure. At one time Indigenous people had to ask for permission to sell their product and were given permission only after non-Indigenous farmers sold their product.”

Because The Indian Act supersedes the Bank Act, land is not able to be used as collateral by banks when accessing loans from the bank. “The role that the Bank of Canada plays has come into question, as the ability for Indigenous people to access financing for machinery or farm infrastructure is nearly impossible.”

Despite all of this, Delorme is optimistic.  “We share a land that produces the best fertilizer and food for us to all succeed together. We have so much potential as Indigenous peoples, we’re still here.”

Cowessess First Nations share traditional cultural beliefs about food production with an emphasis on food sovereignty.  “If the world was to shut down for a month, how would we survive with what’s around us.” The band currently manages 400 head of angus cattle and farming 4,500 acres of crop land, with potential to farm 32,000 acres.

The barriers that exist for Cowessess are human capital, the ability to personally own land, and government support programs. Because Indigenous farmers are not operating in family run businesses and are operating on behalf of Crown reserve land, they are exempt from government agriculture program.

The band is also exploring areas of renewable energy with a wind turbine generating 600KW, an expanding solar farm project to generate 11 megawatts, and two lithium battery storage units. All power is sold back to the grid.

Cowessess is currently in it’s second year of grain farming.  “We want to farm more in the future and utilize our land to create employment, business capacity, and contribute to the agriculture industry.  We also seek help because over the generations we have not been grain farmers.”

While a focus on future growth is top of mind, Delorme incorporates traditional ways of knowing into business. “We focus on producing what we need so that we may thrive long term.  We do this through stewardship to animals, to water systems, and our air.”

Delorme believes that success for his people is about thriving beyond GDP. “Cowessess First Nation wants to be part of the growth as a First Nations led business.  Our end goal is to be farm leaders, and good neighbors who want to work together, grow together, and better understand one another.  Agriculture can be that connection between all of us.”