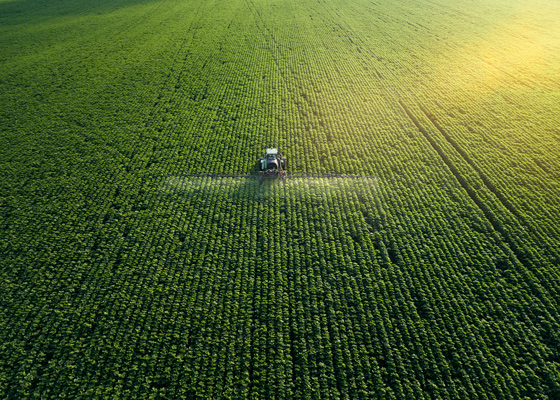 Building public trust in modern agriculture has long been identified as a priority by provincial and federal governments, industry associations, and producers.  Substantial resources have been allocated towards efforts to improve the brand of Canadian agriculture, connect with consumers, secure market access, and reduce regulatory pressure.

Further investment was announced in May 2021 the federal government allocated $244,000 to support work to build public trust in Canada’s food system. The funding is ‘designed to support the Canadian Centre for Food Security in developing tools to share information about food production with Canadian consumers and enable producers to share their story.’

The old adage that trust is earned is true. Trust is often paid for, but not in dollars and cents.  So with additional funding announced earlier this year, it appears there are unanswered questions.

What is the intended outcome, and what specific problem are they seeking to solve?

Most everyone on the planet is concerned about their food.  The more that are literally longer tillering the earth, the more concern grows.  A partial explanation is that as humans, we fear what we don’t know or understand.

But we must first understand our audience and pay them the respect they deserve before seeking to influence them.

Consumers of modern agriculture products are all of the world, and they are becoming savvier than ever before. Within the agriculture industry, the phrase consumer misconceptions is often touted. This usually happens right before we decide how we are next going to talk AT consumers. By doing this, we fail to realize that this we are breaking a cardinal rule of negotiations. We are unknowingly discrediting another person’s reality.

This is also ironic because consumers are more educated than ever before.

Formal educational attainment has increased linearly since the 1950’s.  Currently 90% of the global population has achieved primary education and over 60 per cent have achieved formal secondary education.

And nearly half of the world’s population owns a smartphone. We now have access to news, blogs, podcasts, and scientific journals from all of the world. Unfortunately, this space is also flooded with noise; determining what is fact, what is conjecture, and what is outright false is increasingly difficult. Especially as expertise becomes increasingly specific.

Most of us may find ourselves facing sensitive conversations with an unconscious war-like metaphor in our mind.  Someone wins and someone loses, and thus the current perception of the concept of debate. But the reality is that the best way to build trust is to be a partner, not an adversary.

A look at the behavioral psychology of changing another person’s mind shows that frankly, it’s rare. And changing our own mind is equally rare.  Research demonstrates that as humans age, their desire for novelty is lessened. This includes their appetite for novel or new ideas.

It seems important to note that agriculture is not special, unique, or alone in this realm. Many other sectors have faced similar public pressure.

Oil and gas, forestry, and fishing have all at some point, developed strategies to improve public trust.  Some successful, others not as much.  For example, fisheries management regulatory authorities and NGO’s describe building trust as the first step in protecting the industry. They believe this must happen prior to any efforts to rebuild fish stocks or lobby for the reduction of regulatory red tape.

So perhaps the intended outcome of this new funding is to reduce public pressure to regulate the agriculture industry more stringently.

Large organizations typically lobby governments to improve public good by increasing regulation on various sectors.  Individuals do this too.  For example, if citizens believe their water quality is in jeopardy, they will urge governments to do something about it.

Efforts to reduce regulatory pressure involve effective relationship building, both at the individual level and at the sectoral and organizational level.  Environmental NGO’s in Europe have a fairly cozy relationship with government, and thus greater impact on policy development and public opinion, even as this opinion drifts further and further from regulatory standards.

So while our regulator states, “Helping consumers better understand this process and agricultural practices more broadly builds trust, as the intended outcome for their recent funding allocation, this explanation fails to acknowledge that consumers have to first want to understand.

There’s blind trust, and there’s built trust. We have already lost the former, but the latter is far more effective. We must now, as an industry along with our regulator, demonstrate that we are trustworthy.