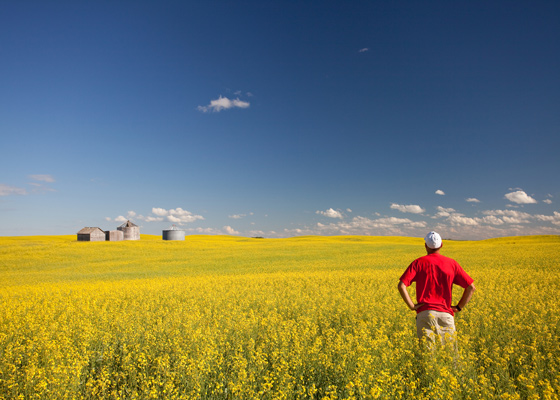 What are your thoughts about the existence of a commodities supercycle? Whether we’re in one or not is open for debate. From some of the reading I’ve done, even economists aren’t all of the same opinion about the presence of a supercycle. What we do know is that the grain and oilseed sector has certainly seen tremendous price increases – reaching historic highs – since the late Fall / early Winter. From my knowledge, the magnitude of the increases was not predicted. So, what does all this tell us? How long will the prices stay strong? What can we learn from this? I think these are important questions but as typically is the case, the questions are easy. It is the answers that are difficult.

Farmers have experienced similar price spikes before, i.e. during the run-up in 2008. Prices at historic highs tend not to stay at the highs very long. The cashflow squeeze was real and acute for many farms in the early 2000’s. Canola was one crop where there was the chance of getting a net positive return, until late 2005 when canola fell to under $5.25/bushel. Things looked pretty dismal on grain and oilseed farms at the time. 2008 certainly fixed all that.

There were thoughts during the 2008 price rally that the farm economy was in a new reality where prices were going to remain high. However, the more realistic prognosis was that, while prices would retract, they would ‘bottom out’ at a threshold that was higher than the lows of the early 2000’s. This more or less happened from 2010 to 2020. Leading up to 2005, farmers used to budget canola at about $7.50/bushel but adjusted that to $10.50 (more or less) throughout most of the recent 10-year period. It will be interesting to see what the next ‘bottom’ threshold becomes.

Farms, no different than other businesses, capitalize profit. Higher prices increase profit which turns into cash. Farmers typically don’t sit on cash. They re-invest it in their businesses. And with historic low interest rates, it makes sense to leverage that investment, adding more debt to the balance sheet. Debt that must be repaid.

So, while higher prices are better than lower prices, historically, there has been a consequence to them.

I don’t know if farmers were at the same threshold of cashflow strain heading into the Winter of 2020/2021 as they were in 2005. But there definitely were issues. Working capital for a significant number of farms was weak. Then came the price surge. Many farms sold into the rising market so it’s not clear how much they actually benefited from the price increase. Nonetheless, we’re in a different space now than we were in October.

To me, farms need to get as clear an understanding as possible about their financial strengths and weaknesses. For those farms that were at the extreme end of the cashflow strain discussion, how have things changed and what’s going to be different going forward? The price run up will have provided some degree of cashflow relief. This could be relatively short lived. There is the very real concern that some farms will find themselves in a cashflow squeeze again. Unless changes are made.

This leads to the ‘answers are difficult’ part. I’ve had farmers tell me that they don’t know where to start to make changes that could result in better financial performance, including stronger cashflow.

Marketing advisors talk about there being fundamentals in commodity price analysis. Finance is no different. Fundamentals exist. I think the place to start is very basic and maybe not that exciting. But it can be very effective. ‘It’ being bookkeeping, budgeting and profit. There is truth to the saying that you can’t manage what you can’t measure.

If the goal is to ‘manage’ differently to achieve better financial outcomes, then a farm needs to be able to, with confidence, understand where it’s at financially throughout the year.

For any given farm, this can be distilled down to three things:

Given that information, what adjustments … or changes … can be made? There are no guarantees but doing the same things over and over and expecting different outcomes is not a great strategy for success.