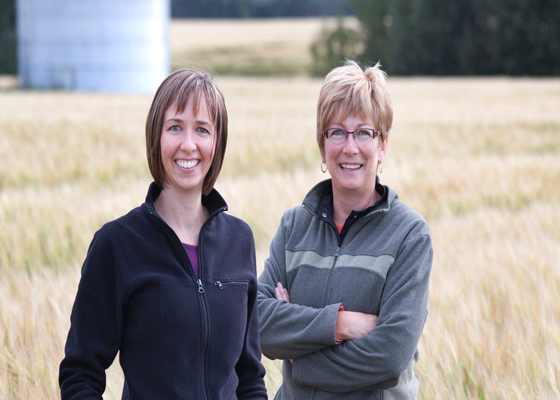 Discussion centered around transition tends to focus quite a bit on the generation that is exiting. Thinking about that causes me to wonder how could we determine when someone actually ‘started’ farming in the first place? We could say it was when someone started working on the farm, but that would be before they became teenagers in most families. Let’s go with when someone acquired farm assets such as land, equipment or livestock. If you bought your first piece of land at age 25 and you’re now 65, that’s 40 years. Forty years is a long time. A long time – but is it long enough? That’s a question that is difficult to answer for a lot of farmers who are at or approaching retirement.

Retirement and what it means will be specific to each farmer but in general, it will involve aspects of giving up something they’ve done their entire lives. Something they love doing. For many, it will be a key part of their identity. More than forty years and then, in the literal definition of ‘retirement’ … nothing. I realize that describing the post-farming situation as nothing is overstating what happens in most transition situations where the next generation takes over and the retiring farmer can remain involved. It’s not overstated, though, where there is no next generation farming.

A common scenario for many farmers then is a delay or avoidance in actively working on a plan towards transitioning ownership and management.

Society is changing over time when it comes to careers and retirement. It was common for people to work for one business for their entire career. Retire at age 65 and get a gold watch. It was an accepted if maybe not a desired outcome. It’s now a minority of people that work at one business for their entire careers. And often, ‘retirement’ is simply a step to a next commitment. Farming as a career though isn’t changing. There are no multiple ‘careers’ in farming. Farm for 40 years and then retire. Seems finite. No wonder it can be difficult.

What if we were to look at this differently? What I’m going to propose as an alternative method for farmers and retirement requires that they take a different approach right from the outset. Year one. Age 25. First piece of land for example. They get 40 years from that date. It could possibly be fewer or more years depending on when they got started and how the ‘start’ was defined.

The critically important date, though, is the retirement age. Predetermined from the very outset.

I’m envisioning an accompanying document that provides details on the intention of the predetermined retirement. Not on the details of how it will actually work 40+ years into the future, as that will be impossible to know, but details on what the intent is. Let’s call it a memorandum of intention to give it some meaning.

The document could include definition of a circumstantial buffer or buffers. These would be things that could arise that would trigger an extension past the deemed retirement age. Again, these would be tricky to understand at age ‘25’ but including them in the memorandum would cause them to be discussed and adjusted, as required, over time.

How would this make any difference from the current challenges many farm families encounter when it comes to transition? I think there are some potential benefits. Let’s assume that the farmer we’re discussing has a memorandum in place from when she or he started farming and the predetermined retirement age is 66.