A role for the retiring farmer? – by Terry Betker 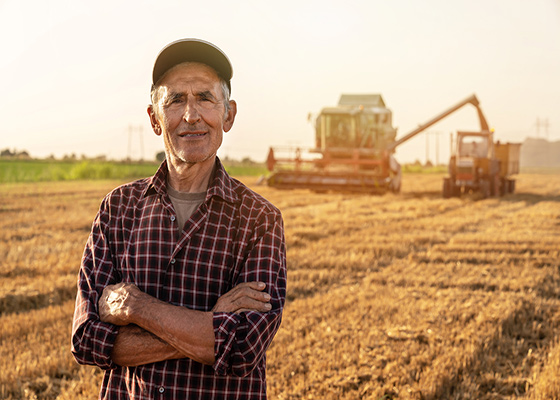 A role for the retiring farmer?

It’s sometimes bad enough to experience certain things the first time, let alone have to work through them a second time. I’m certain that seasoned farmers will all too easily be able to recall experiences gained from certain events or ‘times’ that they would gladly have just as soon done without. But we do learn from everything, so how best to pass that knowledge on.

What I’m proposing is that farm families in transition work to purposefully create a role for the retiring farmer – a role that is designed to effectively teach some of those life lessons. There potentially is a mutual benefit derived from creating this role. It benefits the younger generation in terms of the experience and wisdom mentioned above. It also benefits the retiring farmer where she or he remains actively involved in the farm business and can make an ongoing and valuable contribution to the farm and family.

Of course, this role could take any form. I think, though, that there would be advantages from taking the time to develop the role, specific to the farm and family, and formally appointing the retiring farmer to it. Further, I think the role should have a title. There can be an element of respect in a title. I believe for a great many retiring farmers, a title that would be most deserved. What comes to mind is chairperson.

Chairperson of the ‘Board’

There are not very many formal boards of directors in farm family businesses. Increasingly there are advisory boards with directors in place on farms. But they too are few and far between. So, I’m proposing a role that equates to a board chairperson – just without the actual board.

Like a lot of things that we do, the return your farm family will get from creating this type of structure will correlate with the investment (time, energy, ideas) made in putting it in place. I’ve come up with just a few potential roles.

Practice #1 – Be the Coach on the Sideline

You could substitute ‘mentor’ for ‘coach’. I recall a meeting I had with a farm family. Typical mother and father (both retiring) and son and daughter-in-law farming situation. Good sized farm with three enterprises. Lots going on. The meeting was in the farm office. We were discussing the business, how it was being managed and what needed to happen to best ensure a successful transition. The son said that he “didn’t want his butt glued to that chair”. The chair he was referring to was where his father sat. The son wanted to be outside and doing the work. Farming. Which is understandable. However, the success of the farm going forward required that his ‘butt’ was in fact, in that chair.

The role of the Chairperson could be in coaching the incoming generation in how to balance the desire to be working with the need to be managing. When there isn’t enough time in the day to do both.

Practice #2: Avoid Being the Boss

I think that this Practice will very often be difficult for both the Chairperson (retiring farmer) and the younger generation who are actively managing the business. Anticipate that there will be successes and challenges. It is critical to a successful transition of management that this gets figured out.

The Chairperson can interface with suppliers and customers or landowners; not as the boss but as someone with a senior position in the family business.

We’ve all been to local organization meetings. Some are productive and worthwhile. Some not so much. A critical role for the Chairperson is in organizing meetings, setting agendas, preparing for the meetings and ensuring that actions committed to are followed up. The Chairperson needs to commit the time required to make meetings happen and to make them successful.

The neutrality I’m referring to takes two forms:
– Between the different family and non-family people who are actively involved in management.
– Between the farming and non-farming family members (both younger and older as the case may be).
This will often not be straightforward but potentially easier when the Chairperson is not the boss and not the decision maker.

There are numerous resources available for chairperson role development and for board governance in general. I don’t envision that these resources will directly apply to the role of a farm family Chairperson. As I think about this, it seems to me that the role I’m envisioning would be an adapted role; taking elements from training resources and determining how they would fit into your farm family’s needs.

The goal is to create a purposeful role for the retiring farmer – one that benefits both generations and works to ensure the legacy of the family farm into the future. We will want to make certain that the retiring farmer has purpose and doesn’t end up like the Maytag repair man or, as the commercials referred him to as, Chairman of the Bored!