Thoughts on transition – by Terry Betker 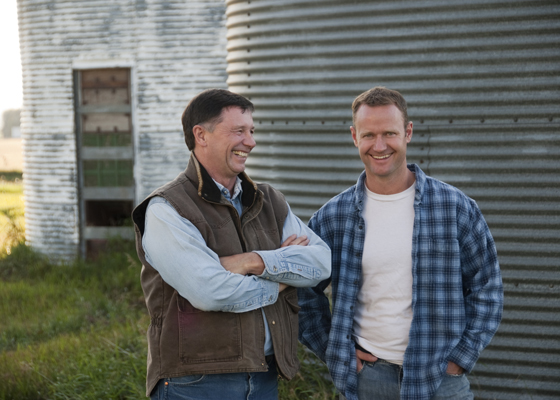 I read some statistics on farm succession planning the other day. It caused me to think about a conference I attended in 1999. It was about succession planning. People and presenters quoted statistics about the average age of the Canadian farmer being about 57, if I remember correctly. Something close to that anyway. Also, data that suggested that few farms had a succession plan in place. The conference was hosted by Farm Management Canada (FMC).

FMC hosted a follow-up conference in 2009. Same theme. A lot of similar content and statistics reported, including the average age of the Canadian farmer being 57, or close to it. And still, not very many farms having succession plans in place.

In 2019, FMC invited a group of consultants and advisors from Canada and other countries to a two-day meeting in Ottawa. The topic of discussion was succession planning. Still again, a lot of similar content and statistics reported and discussed, including the average age of the Canadian farmer being about 57.
The statistics I read the other day suggested the average age is 55. Progress. Or not really when you look at a 20-year timeline. Why and why not? There is a lot to understand about succession planning and family farms. Both in terms of the statistics and associated evidence of the lack of planning for succession, and the reality of situations in families and on farms that contributes to the past results. I am not going to venture into that discussion in this article. I’m going to look at a couple of different aspects of succession.

To create context, I suggest that people reading this article take a few minutes and think back to a point in time … say 20 years ago … and define the image of what the farm and family looked like at that time. Think of it in terms of the following:

After doing that, answer the same questions as of ‘today’. Then take some time to reflect on the change(s) from 20 years ago to today.
There’s one more thing to do. Think forward. Try to imagine what the answers to the same questions will be 20 years into the future. I fully understand that it will be extremely difficult to get to any degree of certainty on what things will look like on any given farm at that time. I fully expect that anyone applying the same lens on what their farm and family might have looked like today … but at 20 years ago … would have experienced the same difficulties.

My purpose in doing that is to focus on a different aspect of succession. Not about the challenges of understanding succession planning ‘today’ but to think of succession planning in the future. Obviously time will tell. However, I don’t see a ‘future’ where farms, families and succession are going to become less complex. My thinking is quite the opposite. So, what does that mean? The answers to that question are specific to every farm in Canada that envisions a future where, at the least, there is an opportunity for family members (who will generally be 10 years old and younger) to be able to farm if that is what they wish to do. Succession planning is not going to become easier, or simpler.

This brings me to another observation. And that’s to do with the terminology associated with succession. I suggest that we work to understand the difference between succession and transition. I think of ‘succession’ as farms and farm families, farming today and nearing the end of an active farming career, where there are no next generation farmers in the family. No children or nephews/nieces wanting to farm. The farm will cease operations. The family may retain ownership, but the land will not be farmed by family members.

‘Transition’ to me better reflects the transfer of ownership and management to a next generation of family farmers, with the increasing likelihood that the ‘next’ generation will see cousins farming together. Thinking in terms of transition helps to better understand what needs to be done throughout the next 20 years to position the farm for a future change in ownership and management. It includes steps taken through that period of time to ready the farm and the family. As opposed to farming for 20 years … getting to ‘57’ at that time … and then thinking that it’s time to start thinking about ‘succession’.